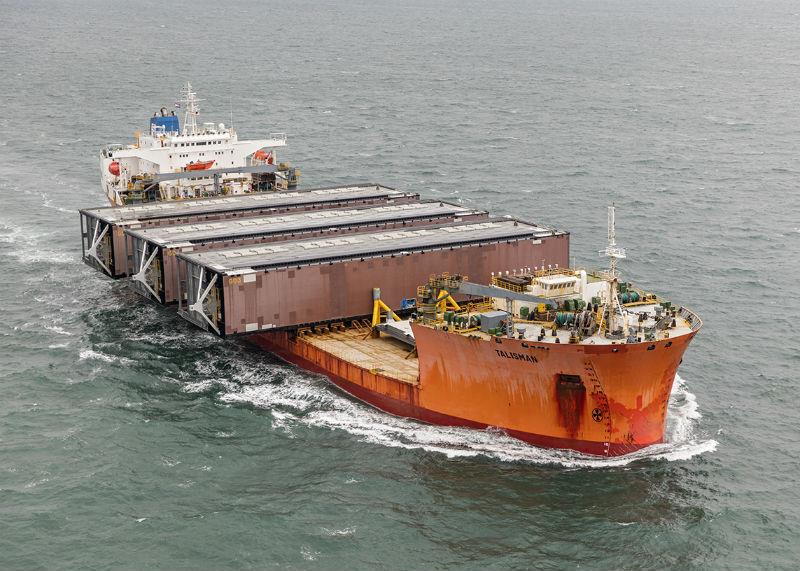 The transport of the gates from their manufacturing site in South Korea required a specially designed approach, said Mammoet. They were floated out to Boskalis’ semi-submersible vessel Talisman using pontoons; a tailor-made lifting system, custom-made sea fastenings and steel ballast helped to stabilise the load.

Project manager Raymond van Dijk said: “Stability of the lock doors was critical, so Mammoet modelled and weighed the locks to determine their centre of gravity and centre of buoyancy. This allowed us to calculate how ballast could be applied to maximise stability during float-off.”

After float-off at the port of Rotterdam, a sheerleg floating crane and two 700-ton (635-tonne) capacity mobile cranes raised the doors to an upright position.

They will be towed by tug individually from Rotterdam to IJmuiden, Amsterdam.

Mammoet is to install the gates once their electrical and hydraulic systems are in place. They will be part of the larger sea lock at IJmuiden, which is due for completion in early 2022.