Modulift has provided equipment to lift a steam locomotive, built in 1926, on behalf of Swanage Railway, a tourist attraction in the UK. 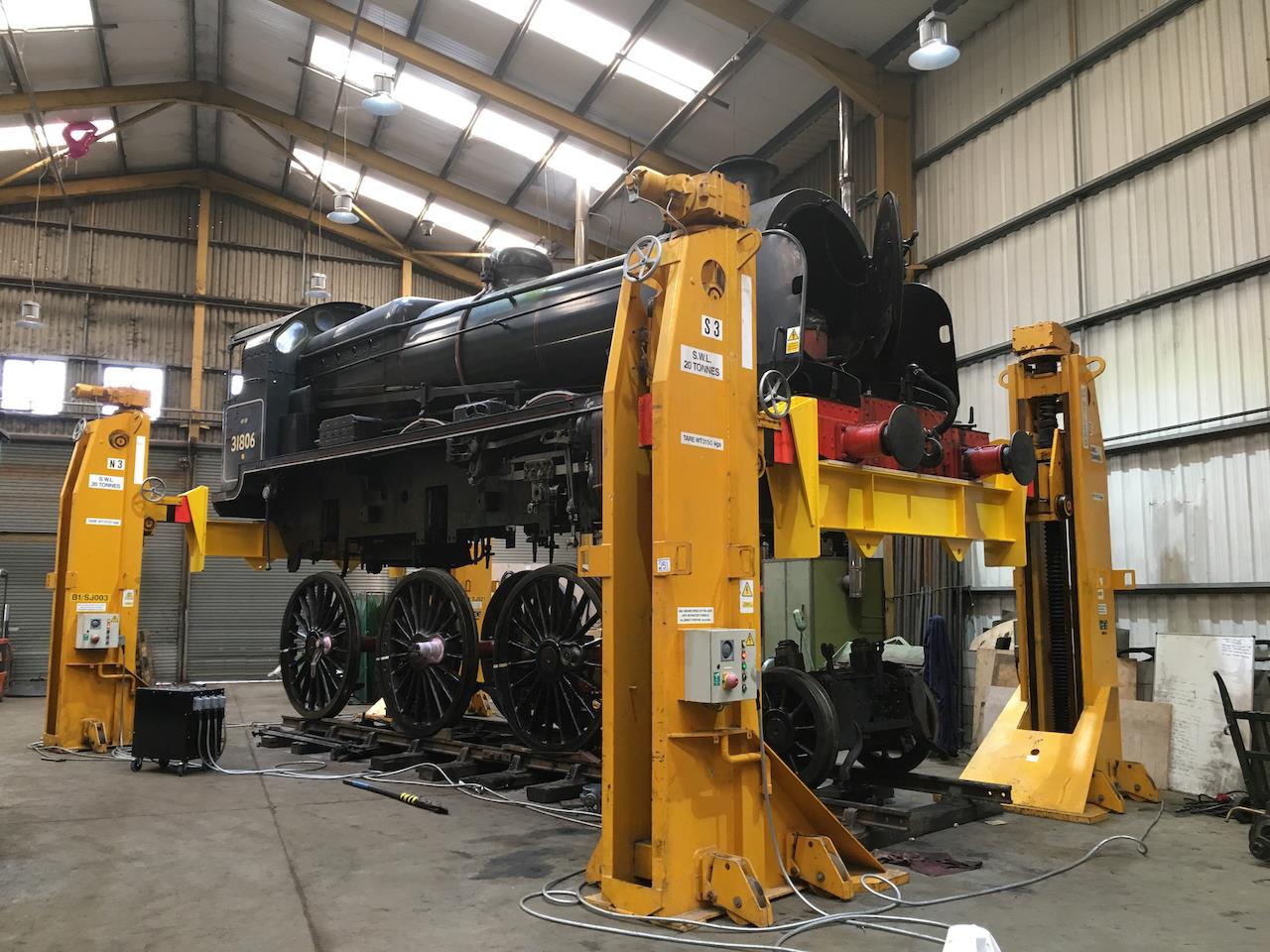 The old locomotive needed to be lifted free of its wheels to allow for the replacement of the main bearings that had become worn over time.

Jordan Sibley, mechanical design engineer at Modulift, said: “There were no ideal points for the [20-tonne capacity] jacks to lift from directly so we chose to bridge the buffers with a lifting beam. The sloped bases of the jacks prevented them from getting close to the locomotive.

“Further, the jaws of the jack were significantly off the ground, which prevented us from sitting a beam directly on top of them as the height would be too great to fit under the buffers.”

The 3.5 m-long beams offered a 2.8 m operating span and weighed 585 kg (0.59 tonnes) each. The inverted L shape of the end plates allowed the beams to sit upon the locomotive jacks in a dropped position.

“This ensured that the beam could still get underneath the buffers when the jacks were in their lowest position, while offering enough stroke to lift the locomotive to the required height for access underneath,” Modulift said.

According to Graham Froud, workshop manager at Swanage Railway: “This is the first time this locomotive, which we brought into the workshop on a low-loader, has been lifted this way; all other lifts would have been done from above.”