Monpe Ventures Heavy Haulage has used its ModulMax axle lines from Faymonville to move a 125-tonne suction pile in Ghana. 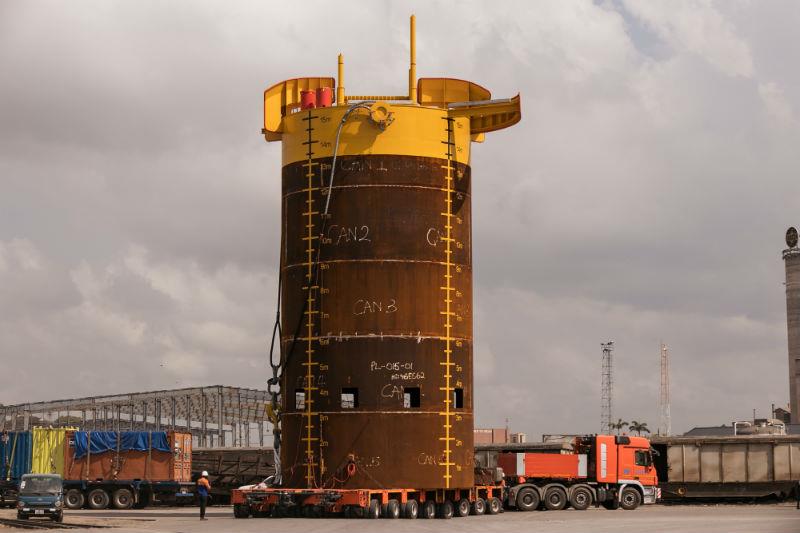 Monpe used 16 modular axle lines from Faymonville side-by-side in a four-file configuration to move the unit, which had a height of 16 m and measured 8 m in diameter.

According to Monpe’s Peter Everett, engineers from Faymonville came up with the solution to move the component in this configuration. “When I first received the request to move the suction pile in a vertical position, I was sceptical to say the least.

“At first, the tipping limits were barely acceptable, so we added 44-tonne counterweights, which reduced the height of the centre of gravity.”

The suction pile, manufactured by Belmet 7, was then transported from the fabrication yard in Takoradi Harbour to the quayside, a distance of 3 km.

At the quayside, the suction pile was loaded on to a vessel for onward transportation to its final destination, where it will be used as an anchor for a floating production storage and offloading platform.