Neeb Crane has used a 500-tonne capacity Demag AC 500-8 all-terrain cranefor a bridge expansion project over the A1 freeway near Cologne, Germany. 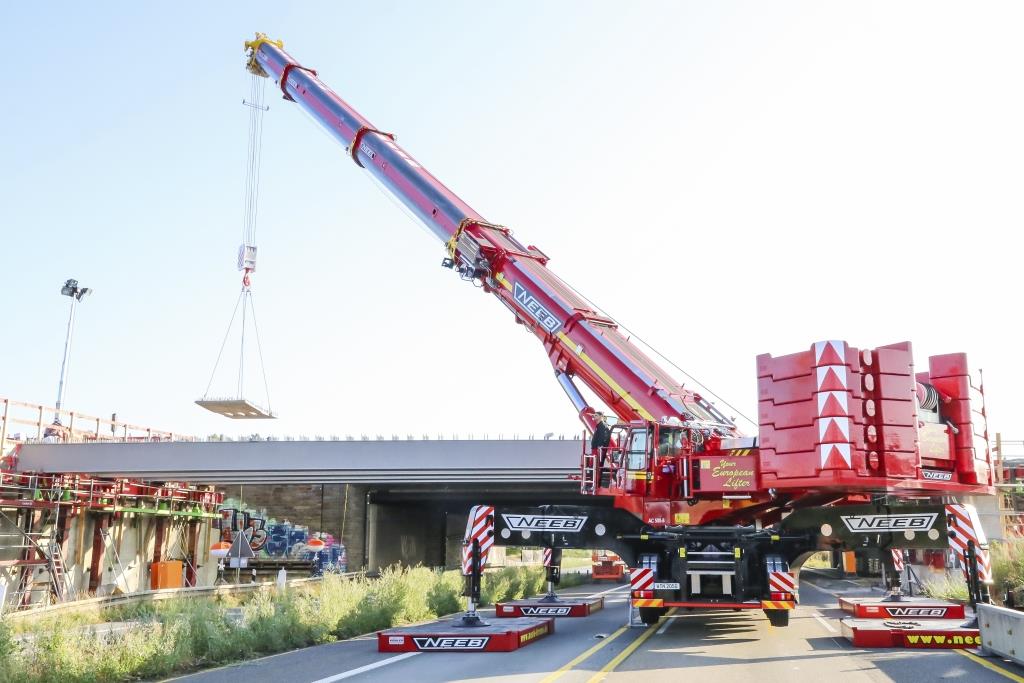 The Germany-based company assembled the crane on site with a 37.9 m main boom and 120 tonnes of counterweight.

“A somewhat smaller crane could probably have taken care of the job as well. However, we would have had to set it up with its full configuration at the work site,” explained general manager Armin Neeb, who added that the limited space available at the site prevented this.

“That’s why we decided on the Demag AC 500-8 instead, since we knew that its large lifting capacity would enable it to easily handle all the lifts even with a base configuration,” he added.

The lifts were completed in the planned 48-hour time frame, according to Terex.