Pretty in pink for TGP 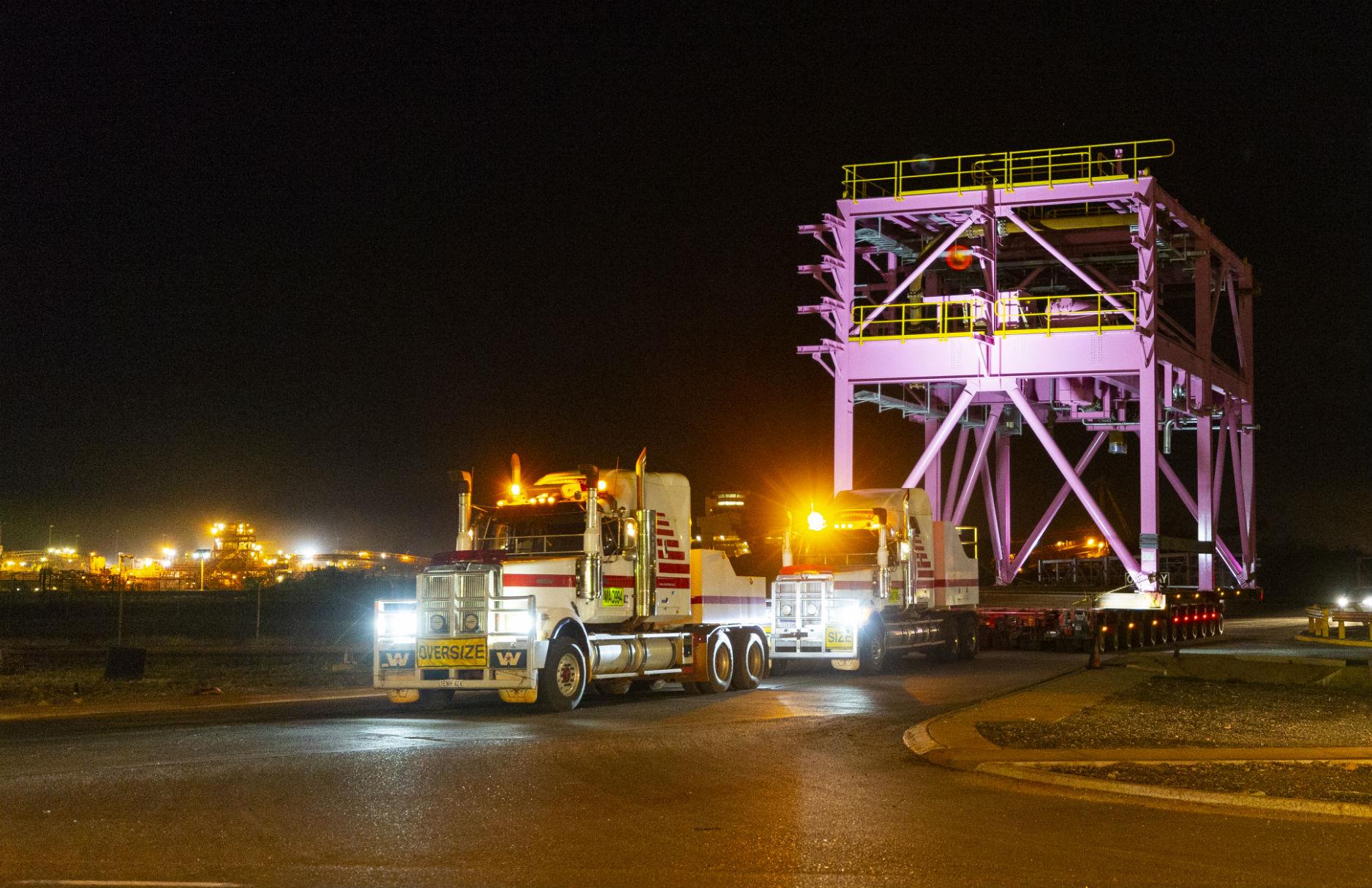 Totalling over 60,000 freight tons, the modules – all painted in a bright pink hue – were shipped from Dalian, China to Port Hedland using three chartered ocean-going vessels.

After discharging the cargoes, the largest of which weighed 211 tonnes, TGP transported the modules 400 km to the mining site.

According to TGP, the only available route to the project site was via a single-lane highway, which made delivering the cargoes – some of which measured up to 15 m wide – particularly challenging. The TGP team developed a detailed traffic management plan with local road authorities in Australia to overcome these obstacles.

Before the modules began their journey to Newman, they underwent a decontamination process in order to adhere to Australia’s strict biosecurity requirements. To ensure a timely delivery, extensive route surveys, Customs documentation and adherence to strict on-site requirements were crucial. TGP drew up a staging plan with local port authorities, liaised closely with Customs offices and carried out an extensive lift engineering review.

The executive chairman of the mine began employing pink mining equipment to support breast cancer awareness. In addition to the new modules, the entire truck fleet at the iron ore mine was sprayed pink in 2016.