Transport and rigging specialist Fagioli has installed the first section of the Renzo Piano Bridge in Genoa. 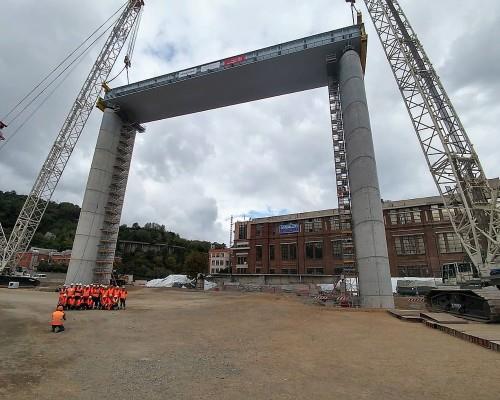 The new bridge replaces the Morandi Bridge, which collapsed in August 2018. The disaster cast a light on the poor state of Italy’s road transport infrastructure, and raised concerns over the condition of bridges across Europe.

Fagioli was involved in the demolition of the remaining parts of the Morandi bridge; it dismantled and lowered the old bridge sections using strand jacks, cranes and SPMTs.

The company is now using barges and modular trailers to deliver 237 components that will make up the new viaduct. The cargoes weigh between 56-89 tonnes.

The viaduct, shaped like a sail, was deigned by Renzo Piano and reflects Genoa's seafaring heritage. Construction works should be completed next year.