Schmidbauer is currently using its fleet of Scheuerle SPMTs at the Orange Blue Terminal in the Dutch seaport of Eemshaven, in support of the Merkur offshore wind farm project. 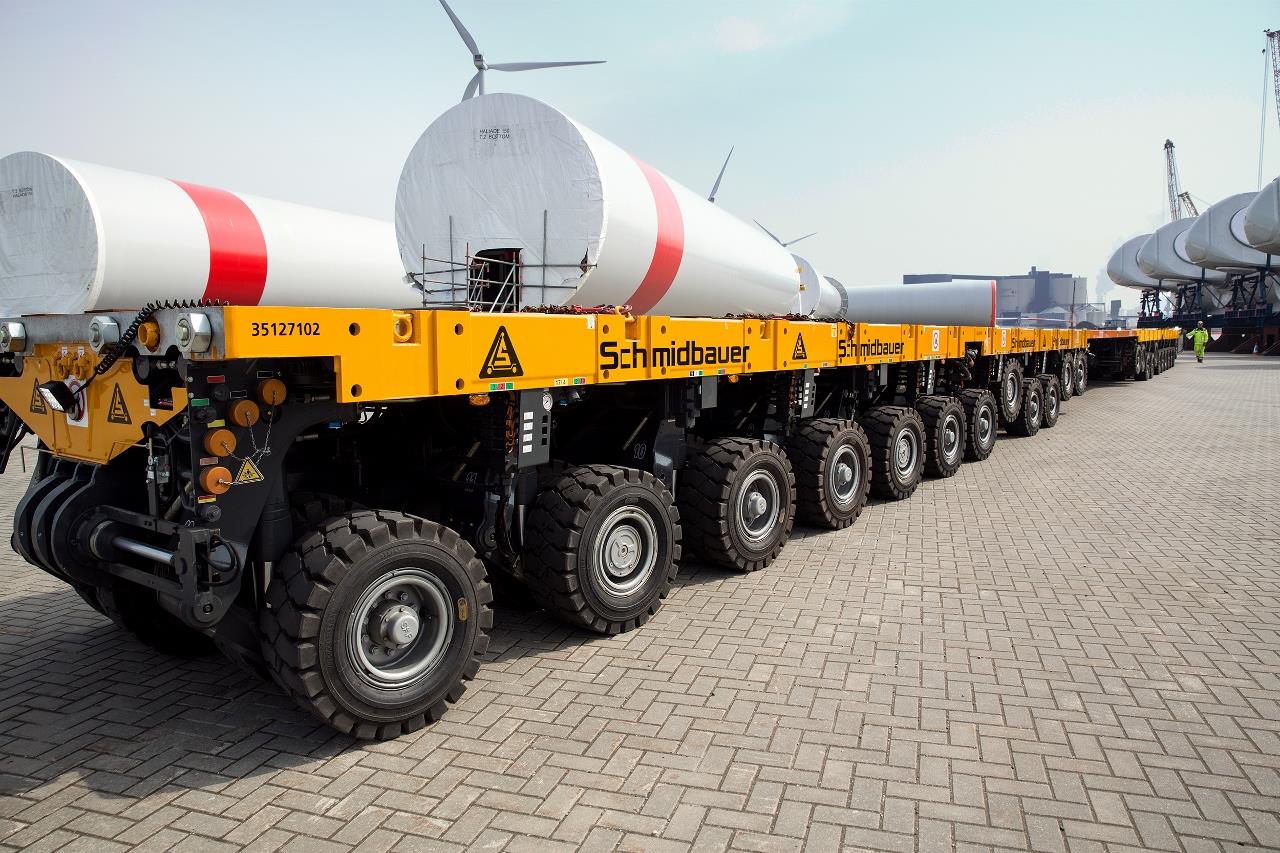 The Munich-based company is responsible for the transport and handling of wind turbine equipment at the port. The components are destined for the offshore wind farm, located in the North Sea approximately 45 km north of the German island Borkum.

66 Haliade 150 wind turbines supplied by GE are being installed at the site, and since the beginning of 2017 Schmidbauer has been operating at the terminal on behalf of its partner Buss Offshore Solutions.

Utilising 48 axle lines of fourth generation Scheuerle SPMTs, Schmidbauer transports the tower segments to an interim storage facility where they are pre-mounted on foundations using a Liebherr LR 11350 and LR 1600/2 crawler cranes.

Schmidbauer is also transporting nacelles weighing approximately 300 tonnes, rotor blades measuring up to 75 metres in length, and other tower segments to the installation vessel.

Operations at Eemshaven are expected to continue until October 2018.