H.N. Krane has deployed a Liebherr LTM 110-5.2 crane to lift some special ships, which are used as part of a theatre production at the Störtebeker Festival on the island of Rugen, Germany. 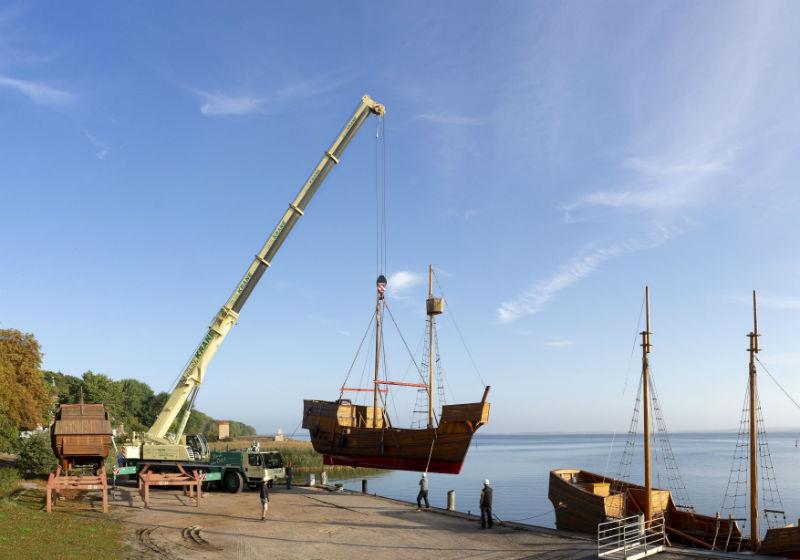 The ships in question are known as cogs and first appeared in the 10th century, and were widely used from around the 12th century. They are fitted with a single mast and a square-rigged single sail.

The H.N.Krane LTM 110-5.2 was used to lift the cogs from the water for storage on dry land, ahead of the winter season.

In spring next year, H.N. Krane will again deploy a Liebherr crane to return the cogs, which weigh around 22 tonnes, to the water.

For over 25 years, mobile cranes from H.N. Krane have been mobilised twice per year to hoist the cog boats used in the Störtebeker theatre production; the cranes are also used to erect a large number of sets that comprise the stage on Rugen.

The Rostock-based company has also acquired a Liebherr LTM 1090-4.2 crane, bringing its total fleet to around 40 mobile cranes.