Stevens Towing and Charleston Heavy Lift have transported a 103-ton (93.4-tonne) Yankee dryer from the port of Charleston to Lake Santee, USA. 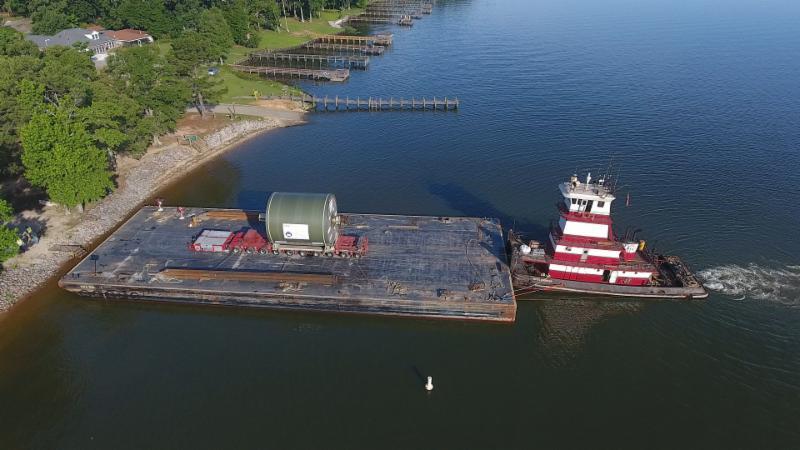 The pressure vessel, which is used in the production of tissue paper, was lifted from a container vessel using Charleston Heavy Lift’s 500-ton (453.6-tonne) capacity floating crane, Ocean Ranger.

The dryer was then loaded aboard Stevens Towing’s deck barge at the North Charleston terminal. The piece was loaded directly onto a Goldhofer trailer, which had already been secured on the barge.

Once the piece was secured to the trailer, Stevens Towing’s tug vessel Royal Engineer pushed the barge through the locks to a roll-off location on Lake Santee. Upon arrival, crane, rigging and heavy haulage service provider, Guy M Turner, handled the roll-off operation.

According to Stevens Towing, the equipment was too large and heavy to gain permits for transport out of Charleston by truck. Stevens Towing added that the tug and barge operation provided the best solution as it enabled the trucking company to gain approval for a route from the roll off location to its delivery site in Shelby, North Carolina.

Meanwhile, Savannah Heavy Lift has lifted two Mitsubishi M501GAC turbines from a railcar onto a deck barge at the Ocean Terminal in Savannah. 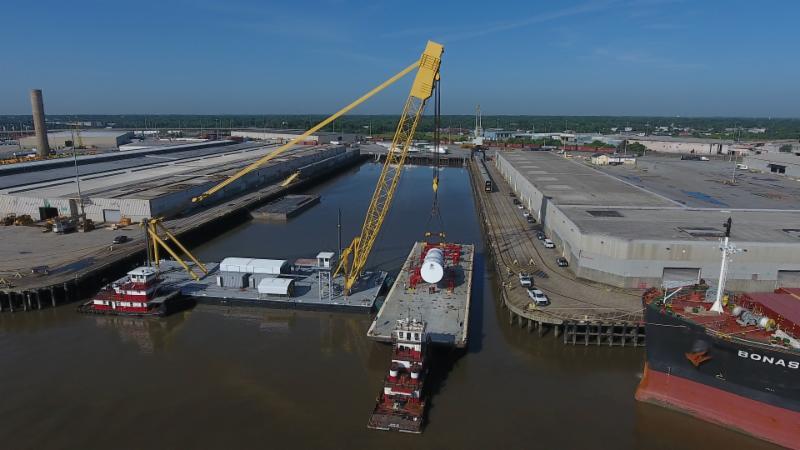 The 323-ton (293-tonne) units were then secured in preparation for ocean tow to Lake Charles in Louisiana. According to Stevens Towing, Charleston Heavy Lift’s floating crane, Ocean Ranger, filled in for the Savannah Giant while it is being rebuilt due to tornado damage last year.