Stevens Towing has transported equipment for tissue manufacturing from the port of Portland, Maine to Charleston, South Carolina on behalf of HLI Rail & Rigging. 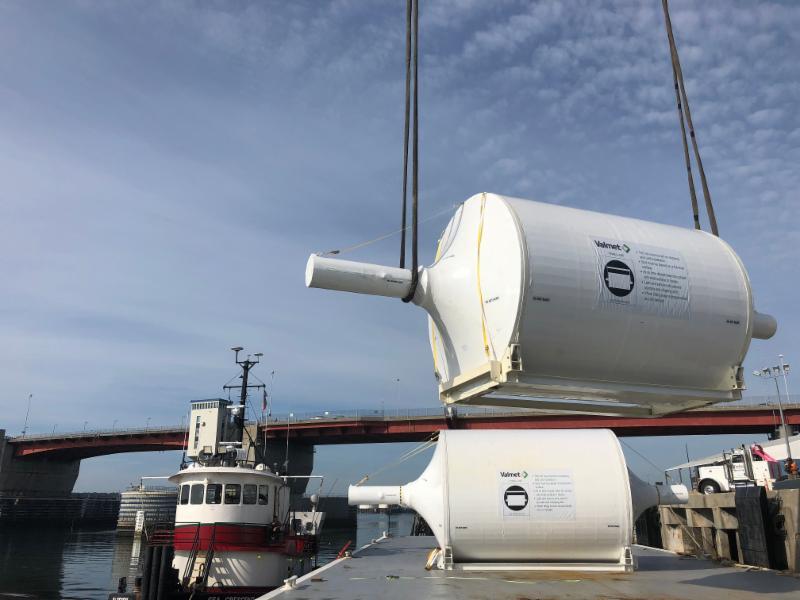 In Portland, the units were loaded onto a Stevens 2501 ABS deck barge before a tug from Stevens Towing’s fleet was used to tow the barge to Charleston.

Upon arrival in Charleston, a 140-tonne capacity crane was used to discharge the TAD rolls, which weighed 78 tonnes each; and the hoods, which weighed 6 tonnes each, from the barge. The cargoes were loaded on to a J.E. Oswalt & Sons heavy haul trailer, which transported the components from the dock to a warehouse for storage.

Eventually they will be reloaded and delivered to Palatka, Florida for transportation to their final destination.

Stevens Towing was also contracted by HLI to move an out-of-service Boeing 747, whichhad been converted into an Air Force One replica, as previously reported by HLPFI here. 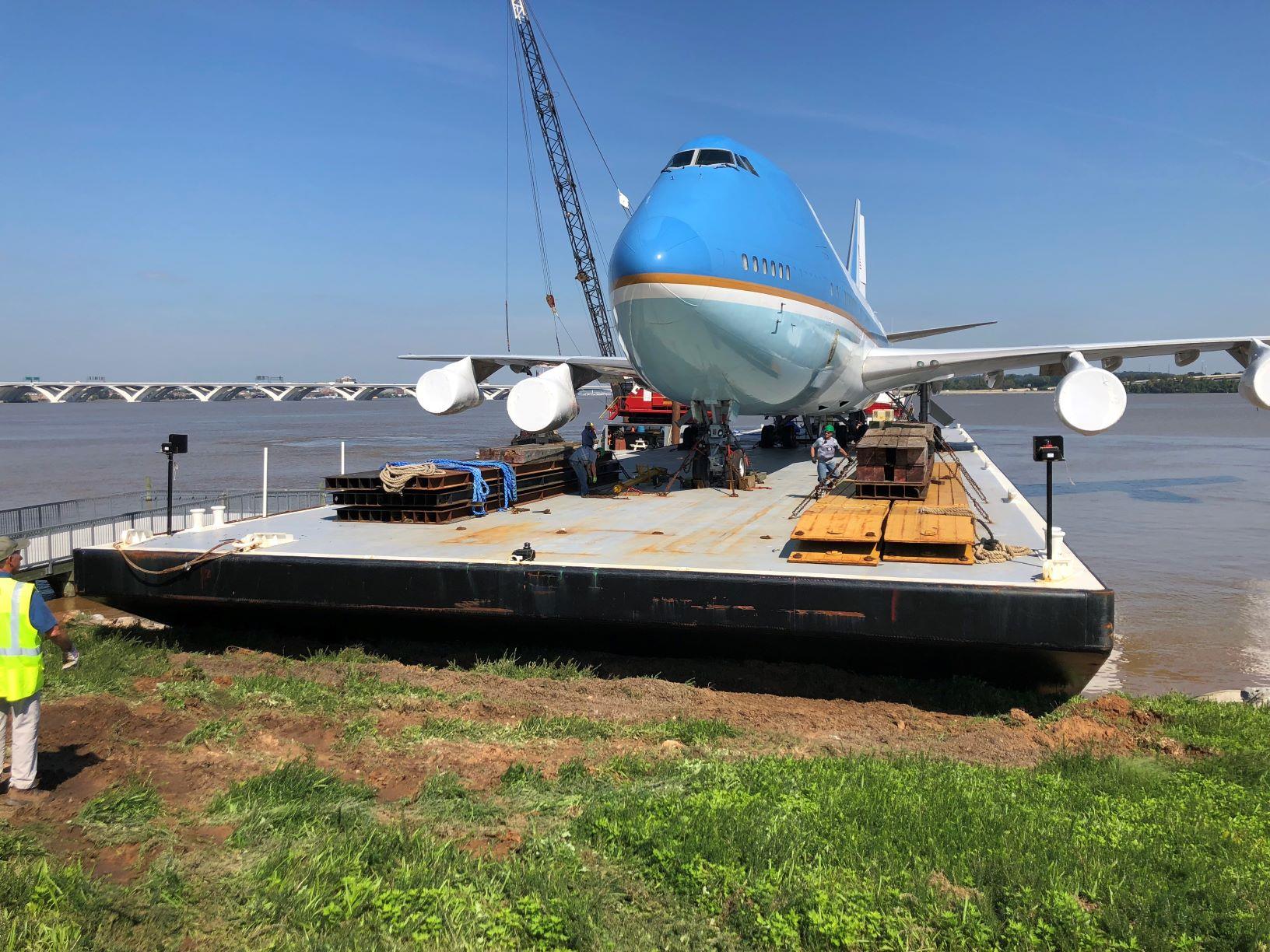 The replica was towed on one of Stevens Towing’s deck barges from Quonset Point, Rhode Island to National Harbour, Maryland to be included in an exhibit for the Children's Democracy Project.

Due to the width of the plane, which had a wingspan of 197 ft (60 m), great care had to be taken to illuminate the wings at night and when manoeuvring around other barges and structures along the Potomac River.