Tschudi Logistics has coordinated the delivery of five digesters and a liquor accumulator for Burgo Ardennes’ paper mill in Belgium. 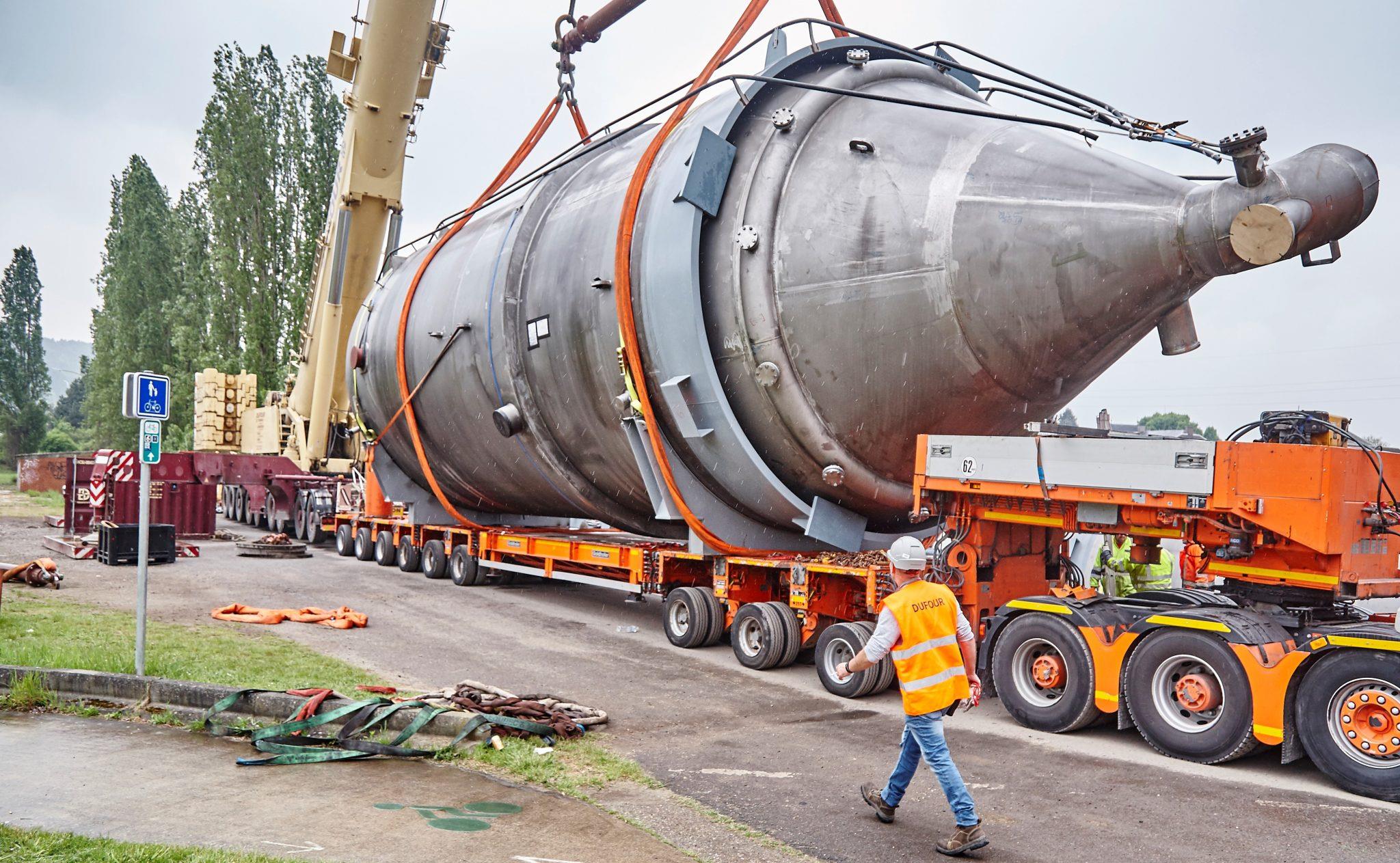 Tschudi was tasked with moving the equipment from Lappeenranta and Teuva in Finland on behalf of original equipment manufacturer Valmet Technologies.

As part of its project scope, Tschudi obtained all the necessary road permits, carried out detailed route surveys and coordinated the equipment and personnel for the job, in cooperation with Octra, Vuorsola and G.Belin.

Including supporting escorts, the convoy totalled 40 vehicles and had to manoeuvre past roundabouts and overhead cables, while passing through several small villages and towns in southern Belgium.

“This transportation task was very challenging,” explained Tschudi Logistics Finland’s head of projects and forwarding, Jussi Heinonen. “The route required the dismantling of many obstacles along the way – we even had to construct a temporary road to enable a detour around a small village centre.”

While the last leg of the transport along the Belgian roads was a fairly short distance of approximately 180 km, the complexity of the project and permit regulations meant that the transit took seven nights to complete.

Heinonen added that, “on the final steps of the journey the trucks had an average speed of only 4 km per hour”.

According to Tschudi, the delivery of the equipment was completed in a single shipment to minimise transport costs and adhere to the client’s schedule. It forms part of Burgo Ardennes’ EUR32 million (USD35.5 million) investment at its facility in Virton.