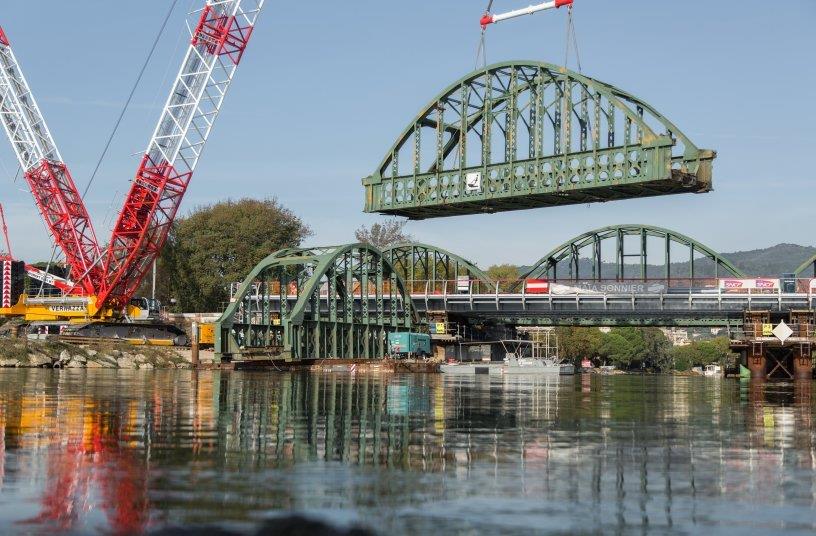 The project involved lifting and removing a total of eight heavy steel components that measured up to 22 m long, 6 m wide, and 8 m tall, and weighed up to 115 tonnes.

The Viaduc de la Siagne bridge in Mandelieu-la-Napoule had to be taken down within a timeframe of just 130 hours – before the railway line opened again for normal operations.

Space at the riverside site was also restricted, but the CC 3800-1’s crawler width of 2 m was compact enough to operate at the premises.

This was the first time that Vernazza had used the CC 3800-1. “We just received the crane from the manufacturing plant in Zweibrücken a few days ago. It actually took 45 transportation trucks to deliver it here to the south of France, where it will get the chance to prove its mettle right away,” said Vernazza France general director Paolo Delfino.

The company used its Demag AC 120 to set up and disassemble the crawler crane and its superlift system.