On behalf of GE Aviation, Volga-Dnepr Airlines has transported a GE9X jet engine from Victorville, California to Ohio for additional testing. 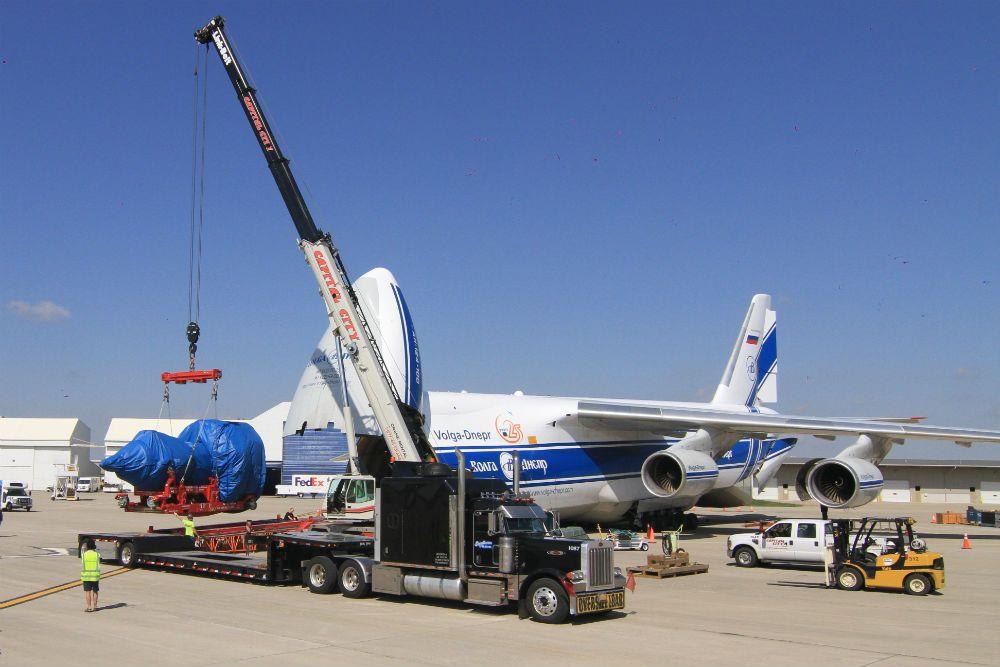 Volga-Dnepr had previously transported the prototype jet engine, which it claims is the largest of its type in the world, from Columbus to Victorville in November 2017 in support of GE’s GE9X programme.

The GE9X, which has a diameter equal to that of the body of a Boeing 737, was loaded into one Volga-Dnepr’s AN-124-100 freighters using the aircraft’s ramp loading system.

As part of the detailed planning conducted by GE Aviation and Volga-Dnepr prior to the first engine delivery to Victorville in early November 2017, a life-size engine mock-up was loaded onboard the AN-124-100 in Florida to certify the dimensions and loading ability of the freighter’s ramp system.

Volga-Dnepr developed a customised flight plan for GE, adhering to its strict scheduling requirements, which enabled the airline to bring the return delivery to Ohio forward by two days. According to Volga-Dnepr, this saved GE valuable time and maximised testing hours.