On July 20, Cosco Shipping Specialized Carriers’ ice-class ship Tian En, loaded with wind energy cargoes, departed the port of Taicang in China, marking the beginning of its voyage via the Northeast Passage. 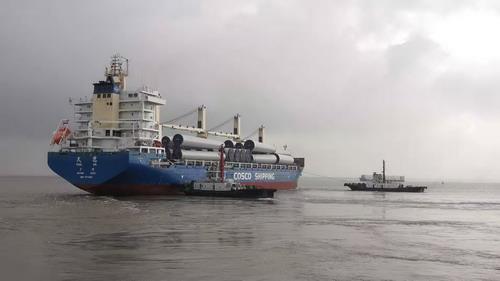 Tian En will deliver the components to Europe, once it has completed the 10,000 nautical mile route. The transit time will be approximately 33 days.

Cosco completed its first round trip between Asia and Europe via the Northeast Passage in 2013. Since then, the company said it has completed the voyage 22 times using 15 ships from its fleet.

“In the future, with the increasingly advanced technology and equipment, [as well as] the increasing demand of cargo owners, the development and utilisation of the Arctic waterway will become more and more valuable and attractive,” added Cosco.