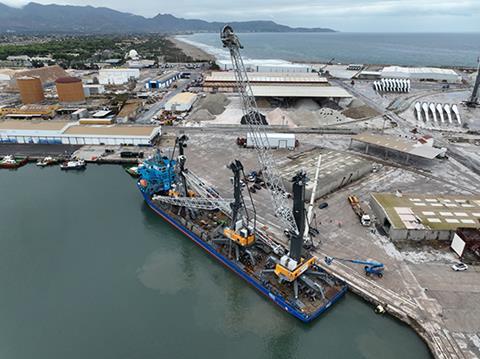 The first crane, an LHM 420 Pactronic with a capacity of up to 124 tonnes, arrived at the port of Sagunto at the beginning of the year.