Port of Mackay steps up capabilities

North Queensland Bulk Ports Corporation (NQBP) has completed the AUD2.4 million (USD1.8 million) project to extend wharf one at the port of Mackay in Australia. 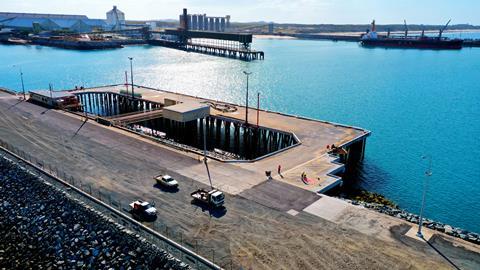 Fertin added that this enables the port to be able to take advantage of new and varied trade opportunities such as rail, pipelines, or renewables projects.

Work on the ports’ tug berth facility also continues to progress. The facility will include berths for up to two tugs including a gangway and floating pontoon, and will be able to accommodate bigger and more powerful tugs.

North Queensland-based Pacific Marine Group (PMG) has been working on site at the port of Mackay since February this year. George Holland, project manager, said the team had already completed a significant proportion of the off site pontoon and gangway fabrication, as well as refurbishments to the northern breakwater. The team is now focusing on completing electrical and civil works.