Straightpoint and Crosby in FPSO tests

Dalaz Teknik Utama has used a 12-tonne capacity Radiolink, a Straightpoint load cell and a Crosby shackle to complete a series of tests at a Wasco Energy fabrication yard in Indonesia. 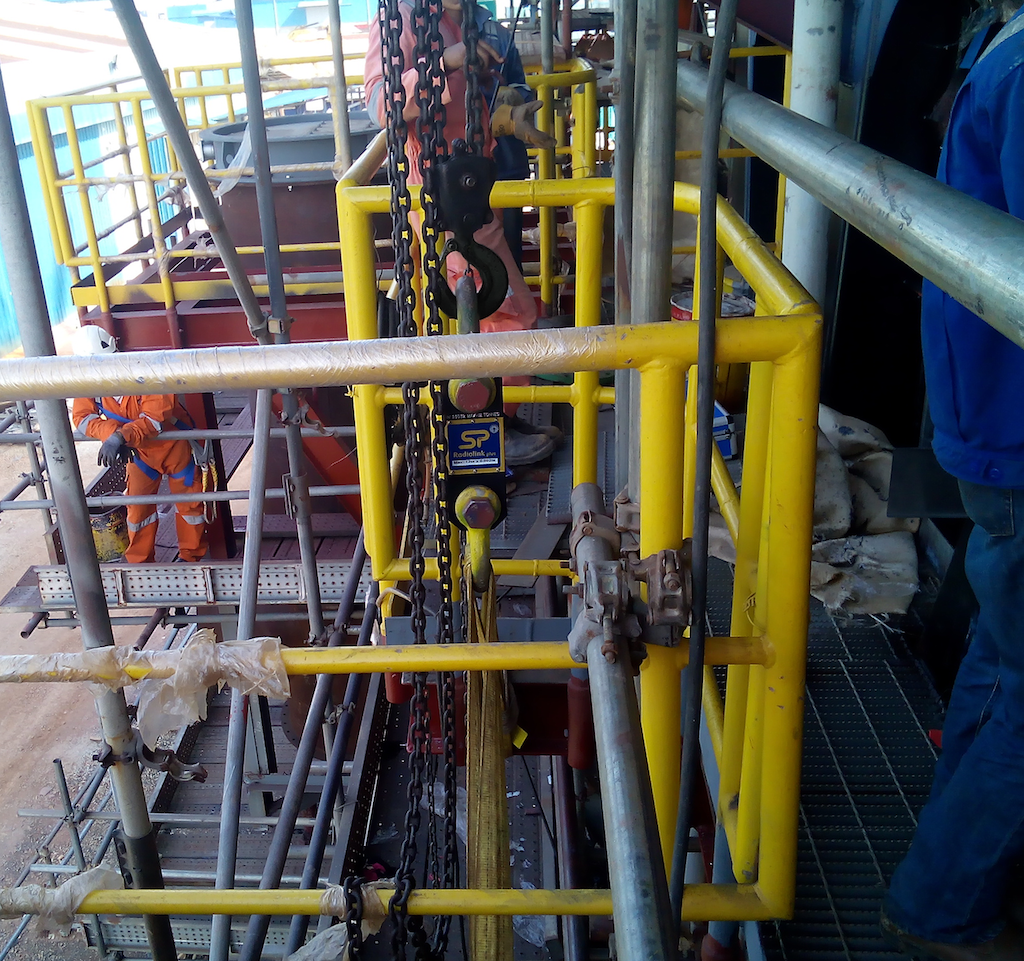 The equipment was used to weigh components of a floating production storage and offloading (FPSO) module, before it is shipped for work at the Kraken oilfield in the North Sea. Components included the turbo-charger, air cooler, cylinder head, piston and camshaft gear wheel.

Dovi Suprayetno, country manager at Siaptek Indonesia, a Straightpoint distributor, said: “The demands placed upon a testing company by the oil and gas sector are widespread. Not only do we have to deliver our work in a hazardous environment, but we are often put under increased pressure by access offshore, confined spaces and generally fitting in with the scheduling of a fast-moving sector.”