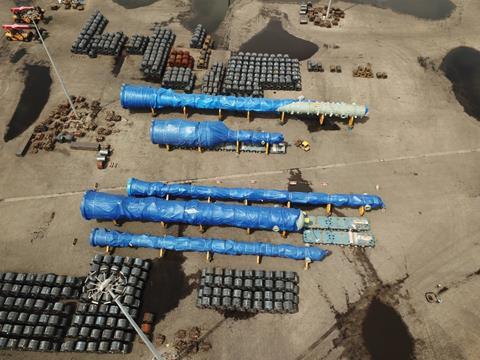 The cargoes were discharged directly onto SPMTs. The size of the cargoes meant that Boxco had to made modifications at PICT – a port wall was removed and two road inclines were adjusted to create a level surface for the cargoes to pass.

27 major civil modifications were carried out along the route to the IOCL site, including the strengthening of an approach road and a causeway modification.

The greatest challenge was hauling the cargoes along a road that, in addition to requiring reinforcement, passed through the live refinery. Boxco conducted a number of surveys and meetings with IOCL and LTHE personnel to find a solution that minimised the civil works required, while keeping the refinery fully operational.

A second shipment of goods is scheduled to land at PICT in January 2021.