The SSE Renewables and Equinor joint venture has awarded OHT with a transport and installation contract for the second phase of the Dogger Bank wind farm project – Dogger Bank B. 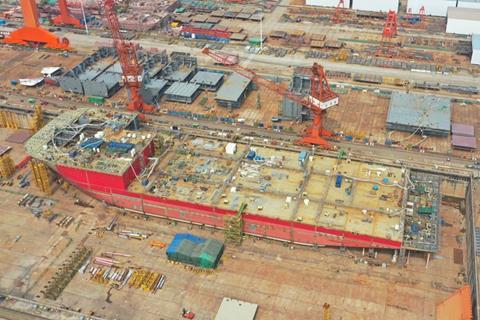 Comprising three phases – Dogger Bank A, B and C (formerly Creyke Beck A, Creyke Beck B and Teesside A, respectively) – the project will be one of the world’s largest offshore wind farms, located 130 km off the north-eastern coast of the UK.

During July, OHT landed the contract for the transport and installation of foundations for the project’s first phase, Dogger Bank A, as HLPFI reported here.

For both phases, OHT’s newbuild installation vessel Alfa Lift, which will join the company’s fleet next year, will be deployed.

The contract awards are subject to Dogger Bank A and B reaching financial close, which is expected in late 2020.