Trans-Trading has coordinated the handling of heavy and oversized components in Hamburg, Germany. 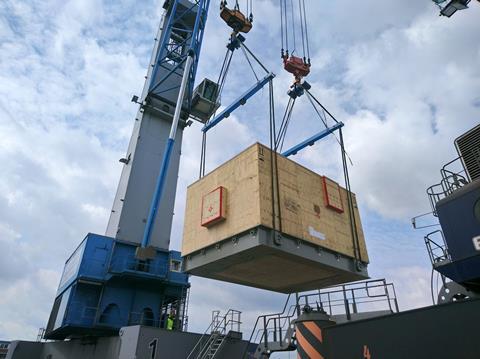 The company was responsible for the port handling, Customs clearance and coordination between the terminal and carrier for two separate shipments. The cargoes were loaded onto the vessel BBC PIA at two of Hamburg’s terminals – Wallmann and C. Steinweg’s South-West Terminal.

At Wallmann’s facilities, a stator and accessories were stowed onboard the multipurpose vessel. The shipment comprised 121 packages with a total weight of 1,404.6 tons (1,274.2 tonnes).

The ship then moved to C. Steinweg’s terminal to load generator sets, including one 170.5-ton (154.7-tonne) unit and another generator that weighed 244.4 tons (221.7 tonnes). In total, 105 packages were lifted onto BBC PIA for onward delivery to Coronel in Chile.